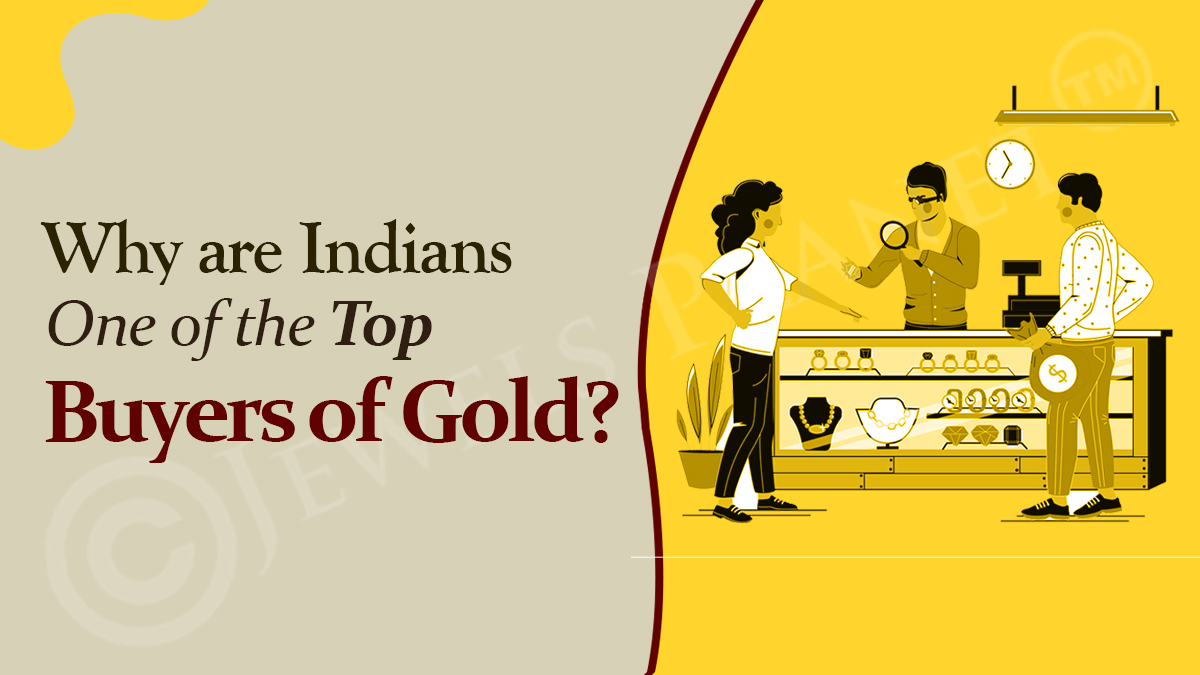 Why are Indians One of the Top Buyers of Gold?

Indians are smitten with gold. So much that Indians are one of the top buyers of gold in the world after Chinese. India’s adulation with the yellow metal dates back to history when gold coins were issued in 250 AD, in the Gupta dynasty. India was formerly known as Sone ki Chirya– Golden Temple was built in gold, and Venkateshwara Temple was beautified with this precious metal.

Gold in India is a symbol of status, prosperity, religious significance, love and good luck.

In Indian culture, it is considered auspicious to gift gold in weddings. Womenfolk treasure their gold jewelry as their most prized asset and as a symbol of family heirloom.

With delicate and trendy designs gaining as much popularity as the traditional ones, gold has become a symbol of both heritage and style.

Gold also has a deep religious significance among Indians and many important festivals are commemorated with buying gold.

One thing is aptly clear that Indians have continued to love gold for centuries. For them, it is regarded both as a family treasure and a financial buffer.

Get A Call Back
WhatsApp LIVE Chat